Protestant reformation: A catalyst for moral and spiritual recovery 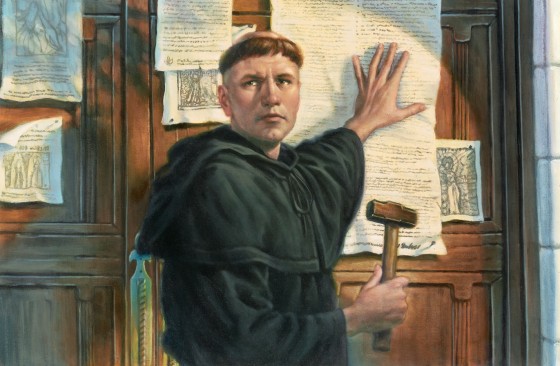 On October 31, 1517, Fray Martin Luther of the Order of St. Agustin nailed on the door of Wittenberg Castle (Schlosskirche) Church his 95 Theses, more formally entitled, Disputation on the Power and Efficacy of Indulgences.

The document is a list of questions and propositions for debate, a challenge to church authorities propagating the sale of indulgences, particularly the Dominican Johann Tetzel, who was commissioned by Pope Leo X to sell indulgences to help fund the extravagant renovation of St. Peter’s Basilica.

Luther’s intention was not to disrespect the Pope (although eventually he started his divisive preaching of the Pope as the anti-Christ), the Papal authority, or the church itself, rather, he wanted to put forward his belief that salvation is based on faith, a faith that would bring salvation only through God’s grace; grace which God freely gave to mankind as a gift; grace which came in the form of Christ’s suffering on the cross.

For Luther, selling salvation through indulgences is an affront to Christ’s sacrifice and death on the cross. He was firm in his belief that forgiveness is a free gift of God’s mercy and therefore could not be bought through indulgences, even if it means that such indulgence was granted by the Pope himself.

One point of consideration, which is also interesting to note, is the fact that at that time selling of indulgences in Germany was already prohibited because it has become a source of corruption particularly among church officials.

It is said that at first Luther did not pay much attention to the rumored selling of indulgences by Tetzel because in the province where he was, the German prince governing the territory did not allow such practice. However, many of his parishioners started to travel to neighboring provinces where the indulgences were sold.  And when they showed him the indulgences they bought for the apparent absolution of their sins and their subsequent salvation, he was outraged.

His intent for posting the 95 Theses was for an academic discussion to ensue, but the complacency of Church officials to respond to the challenge, the advent of the printing press which allowed for easy reproduction of the work, the spread of nationalism in Europe, the political interests of the governing local monarchy, and the growing discontent of the faithful towards Church authorities and policies due to corruption and abuses resulted in the uncontrollable spread of the fire of reform.

In fact, one of the reasons why the church took time to respond to the queries of Luther was because Cardinal Albrecht, who first received the 95 Theses, was himself guilty of selling indulgences, by authority of the Pope, the money from which he used to pay for the debts he accumulated to pay for his clerical advancement.  Also, Albrecht was hoping that Rome would rescue him from answering the valid arguments of Luther.

The ember was already heating up and all it needed was a spark, of which Luther’s excellent articulation of the questions burning in the hearts of the faithful, who just can’t seem to gather the courage to raise them for fear of condemnation and the apparent burning of their souls in the afterlife, was the perfect spark.

For a brilliant church authority and Biblical scholar as Luther to tell them in such a convincing manner that their souls would not burn in hell for opposing the Pope or for defying unfair church traditions, was salvific, liberating, and comforting for the common faithful, who has barely enough money for their bodily salvation (i.e. to meet their daily needs), and do not have enough to ensure their so called spiritual salvation, as per church teaching at the time.

Instead of answering the questions presented by Luther in his 95 Theses, the Church tried intimidation and all forms of manipulation, even attempts of murder through the weak governmental institutions under the leadership of Emperor Charles V, who decided that Luther’s writings merited the sanction of death.

To the surprise of the Papacy and the Empire, Luther gained popular support even among the Germanic princes and most especially among the poor people and the peasants, leading to the bloody Peasants War (1524-1525).

Many theologians and Biblical scholars opposed to some customs, traditions, and teachings of the Church were also emboldened by this move of Luther, realizing that the grace of salvation is not exclusively subject to the whim of Papal leadership, who, human as they are, are also prone to corruption and capable to commit and promote unspeakable evil (i.e. the mass murders and inhumane tortures of the Crusades and the Inquisitions).

In addition, disgruntled and ambitious Germanic princes and feudal lords also pitched in their support resulting in more wars, until a temporary peace was forged with the Peace of Augsburg in 1555, giving the people the freedom to choose their religious affiliation sans threat of heresy.

The war for religious freedom, however, continued until 1648 with the Peace of Westphalia.

In a way, it was the institutional Church herself that fueled the popularity of Luther and his call for reform. The Church totally dried up the spirit of the people with so much discontent, that they easily were caught in the fire of reform. The faith of the people towards the Papacy and the Church became so brittle and so dry, that the fire of reform easily ate it up.

Outside Germany, the faithful, inspired by the teachings and the boldness of Luther, started to realize that the Catholic Church has no exclusive right over salvation and so the fear of excommunication, a threat brandished by the Church to curb dissent by instigating fear among the faithful, was abated.

They no longer cared if the Catholic Church would excommunicate them. And when support from the political leaders, the local monarchy, started pouring in, all the more the faithful were confident to defy the Church.

Enflamed by nationalism and the desire to distance from Imperial influence, the people now have the guts to formulate their own doctrine based on their understanding of the Bible, even to the point of excluding the Pope from the picture or concocting doctrines that were totally anti-Pope.

The call for reform spread like wildfire throughout Europe, until the Papacy could no longer control it.

In 1618, the Catholic Church tried to sanction military action against the Protestants, but the Protestants stood their ground and were willing to give their lives to defend their faith and oppose the Pope.

Finally, in 1648, the Pope conceded with the Peace of Westphalia, but at the time the political authority of the Pope over global affairs was tantamount to being non-existent, just as the power of the Holy Roman Emperor became nil.

What was the Church to do?

Protestantism and the Catholic Church

For centuries, the church has slowly rotted away, its morals reaching its all time low as the church’s leadership assumed a more secular face rather than a human face, or, so to speak, a Christian face. It has significantly deviated from the teachings of Christ.

The church has become an institution that is more concerned with imposing and elaborate structures, deceiving people into believing that such endeavors were Divinely promulgated, while the people, who are living in dire poverty, are encouraged or threatened to make sacrifices for the sake of earning salvation in the spiritual realm.

It was only a matter of time for the tyrannical and abusive behavior of the institutional church to bear fruit.  Luther was the spark that ignited the reform wildfire.  He and the reformation he inspired, was the catalyst for the church’s transformation, or, for it to start its journey back to the original traditions and values of the Apostolic church.

The church had to do something about the growing popularity of Protestantism, and one of its most positive responses was the Council of Trent, which gave it a venue to review its teachings and to revisit and strengthen its commitment towards the spiritual enrichment of the faithful through the Good News of Jesus Christ.

We could safely surmise that this is the precursor for the eventual translation of the Bible to local languages and dialects, making the Good News easily and widely available to all, and not just to a select few.

In addition, the reform Luther inspired has humbled the church. Too much power has blinded the church and it became less human in its policies, even forgetting that the Good News of Jesus Christ was love. In order for it to protect its material and political interests, the church became so oppressive instead of liberating. It became a burden to the people. Love no longer existed, instead people were forced to follow, they were enslaved by the Roman Pontiffs, many of whom came from the ruling class whose interest was to accumulate wealth and to protect their material and worldly treasures. 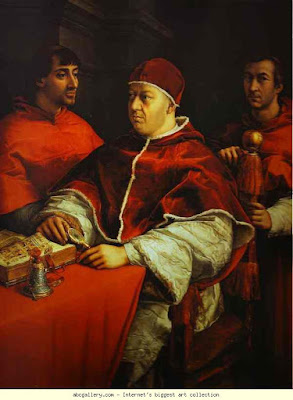 Pope Leo X, himself, was excessive, devoting the Papacy to the excessive and lavish comforts of the time, instead of focusing and addressing the growing discontent of the faithful. In fact, he was known for his declaration at the start of his pontificate, which was, “Let us enjoy the papacy which God has chosen to give us.”

Coming from an elite family known for their lavishness and their sensualistic pursuit, it was not surprising for Pope Leo X to behave in such a manner. For him to prioritize the adornment of St. Peter’s Basilica and in expanding the collections of the libraries was expected of him, given his background as a Medici.

But Luther was the rooster that woke Peter up from his deep sleep of lies. He was more than the three crows of the rooster than made Peter realize of his denial of Jesus. He was the mirror that allowed the church to see itself for what it was, what it has become, and what it should be.

For these reasons, I believe that the Protestant Reformation ignited by Luther is a very significant turning point of the history of the Christian church in the world. Even today, the church continues to enjoy the effects of this reform as it slowly and achingly try to faithfully follow the teachings and examples of Christ.

The church may be divided now, but it is richer in tradition and its interpretation of the stories of Christ is becoming more pure and more faithful to their original context. We have become a more loving church, thanks to Luther.