Harden not your hearts 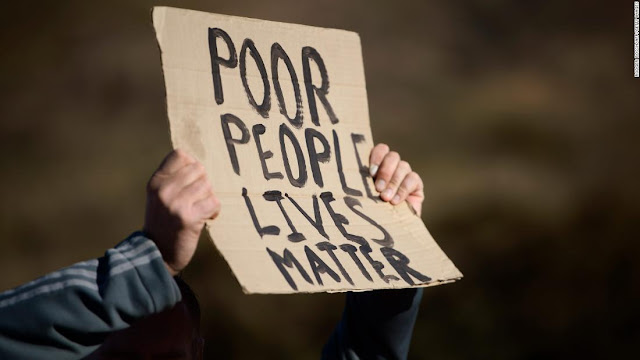 Jesus was driving out a demon that was mute, and when the demon had gone out, the mute man spoke and the crowds were amazed. Some of them said, "By the power of Beelzebul, the prince of demons, he drives out demons." Others, to test him, asked him for a sign from heaven. But he knew their thoughts and said to them, "Every kingdom divided against itself will be laid waste and house will fall against house. And if Satan is divided against himself, how will his kingdom stand? For you say that it is by Beelzebul that I drive out demons. If I, then, drive out demons by Beelzebul, by whom do your own people drive them out? Therefore they will be your judges. But if it is by the finger of God that I drive out demons, then the Kingdom of God has come upon you. When a strong man fully armed guards his palace, his possessions are safe. But when one stronger than he attacks and overcomes him, he takes away the armor on which he relied and distributes the spoils. Whoever is not with me is against me, and whoever does not gather with me scatters."
- Luke 11:14-23
Our Psalmist today tells us: If today you hear his voice, harden not your hearts.

Today there are plenty of fake news, just open your social media account – Facebook, Twitter, Instagram – and you will be bombarded with stories that’s hard to believe, really, but somehow people believe and perpetuate it by keeping on sharing and spreading these stories.

It’s hi-tech rumor-mongering and we like it. The sad thing is, we tend to disregard genuine news because fake news is just way too exciting, even if it is just a matter of checking with Google if the story you are about to share is real or fake.

In the time of Jeremiah, in our first reading (7:23-28), our Lord God warned those who would not listen and believe in the words of Jeremiah, saying: “This is the nation that does not listen to the voice of the LORD, its God, or take correction. Faithfulness has disappeared; the word itself is banished from their speech.” Are we like this today?

Last Sunday, senatoriable #22 Neri Colmenares, #22Colmenares, shared a short video documentary on his conversation with the fisherfolks of Masinloc in Zambales. The fisherfolks shared their frustration and their complaint against the abusive Chinese coastguards who were preventing them from accessing their traditional fishing grounds, which by the way is under Philippine waters. Because they could no longer fish in the waters where they used to fish, instead of catching 20 tons of fish, they are left with only 2 tons of fish per catch.

Instead of listening to the Filipino fisherfolks, Malacañan, through the Presidential spokesperson, refuted the documentary saying that he is suspicious of the footage and that it may be an old video.

Instead of listening to our poor Filipino fishermen, the government defends the abusive Chinese who is enriched by their systematic abuse of our poor fellow Filipinos.

The Lord said: “This is the nation that does not listen to My voice.”

The voice of God that is in the cry, complaints, anxieties and pains of the poor who continues to be entrenched in so much poverty.

A mother, whose teenage boy was killed extra-judicially by government agents allegedly because of illegal drugs, once told me. “Why, brother? My son campaigned for him because we thought that he was the answer to our problems. He even volunteered to help in his campaign together with many youths. My son was good, our neighbors, his teachers, they having nothing to say against him. He was an honor student, my son is not a drug-addict, he is a good child, he studies hard, but why did he kill my son?”

In our Gospel, Jesus was frustrated with the people who were questioning him for driving out the demon from a mute person. They were saying that he was in league with Beelzebul, the prince of demons, and in their arrogance they challenged him to give them a sign.

We have many prophets today who continues to show us, to tell us, to shout to us of our communal sins, of our inability to look after our poor brothers and sisters, of the many abuses of greedy politicians, corporations, and businesspeople, but do we listen? We continue to turn a deaf ear to them, we continue to remain blind from all these abuses. Instead of listening, we even complain against these prophets saying that they are nothing but troublemakers who have done nothing good for the country but complain, complain, complain, causing so much traffic and other inconvenience.

Do we have to wait when we ourselves would start to ask: Why is this happening to me?

Jesus said: “Whoever is not with me is against me, and whoever does not gather with me scatters.”

If today we hear his voice, let us not harden our hearts.