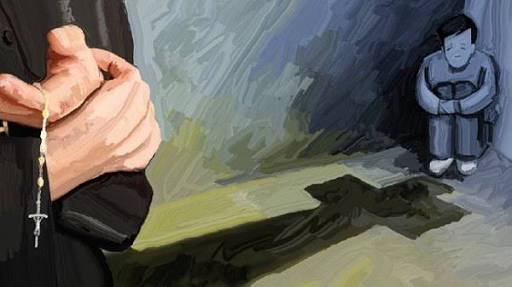 This reflection is a paper submitted last September 29, 2016 as part of the academic requirement of Inter-Congregational Theological Center for the course Sexual Morality and Bioethics with Dr. Patricia McAuliffe.

The themes are: 1) the theology of clerical sexuality, 2) the interplay of power and powerlessness, 3) the clerical role, 4) moral theology and moral judgment, and 5) emotional loneliness and isolation.

Here, I would like to focus on two themes: power and powerlessness, and loneliness and isolation.

In the current formation process that often strips a religious of his ability to decide and to be accountable for his actions and decisions, issues of powerlessness and feelings of ineptitude would be magnified and as such when scraps of freedom and power are accorded to the person, often times this would lead to certain forms of abuses. However, this is not limited to the clergy, as this is also one issue that drives other child abuse perpetrators.

Loneliness and isolation, which for the religious and clerics would translate to a lack of a healthy community life, would lead one to seek companionship elsewhere and when they find it in the extra attention given by others, most especially in a child whose admiration for the priest may be misinterpreted and taken advantaged of by one who is lonely and needing companionship.

In the concluding chapter, the author also pointed out a number of important details, but I would wish to highlight one point, which is that the author suggests for a multilevel relational approach to therapy that would involve the perpetrator and their families, the victim and their families, Church personnel, and state personnel.

This approach would have them come together “in different compositions and caucuses, for different forms of facilitated dialogue and analogical relational work, for as long as necessary until the problem is resolved.

In a way I would agree with the author’s suggestion as this indeed would not only facilitate the process of healing but it would also allow for God’s mercy and compassion to flow both to the victim and the perpetrator who himself may also have been a victim, himself, for as I was told by one resource person in one of my interviews as a media practitioner, most of the perpetrators of abusive relationships are themselves victims of abuse.

Healing may come in a most unusual and novel way, one that may sound ridiculous to our traditional ears. True, I would agree that this would even help protect the victims against further abuse, although, yes, we should not also dismiss the idea that incidents of re-abuse may occur, but that is exactly where vigilance and care would come into play.

I would add that in addition to the author’s suggested members of the team, medical and professionals in the field of psychology, behavioral science, and social work should also be invited into the team, as well as other professionals that would meet the needs of both the victim and the perpetrator in their process of healing.
Labels: book Child Sexuaal Abuse and the Carholic Church ICTC Marie Keenan morals Patricia McAuliffe reflection sexuality